Binh Phuoc is a Southeast province, located at the Key Economic Zone in the South, average height above sea level of 50m, about 110km away from Hochiminh city with blood-vessel traffic roads such as National Highway No.13., National Highway No.14, Hochiminh road connecting the province with other provinces of Binh Duong, Tay Ninh, Hochiminh City and Highland provinces. Sharing the border of 240km with Cambodia; in the future, Trans-Asia railway through Binh Phuoc to connect Vietnam with Cambodia, Laos, Thailand and Myanmar will open many new prospects for goods trading for not only Binh Phuoc province but also the whole Southeast region.

With the natural area of 687.462ha, favorable climate conditions, fertile soil nature. Population of more than 921,411 people, among those 640,000 people are at working age, average GDP growth per capita of the province reaches 1500 USD. With abundant labor force with the majority of young, active and hardworking labors, the demands for labor of the enterprises and investors shall be perfectly fulfilled.

Binh Phuoc province shall always create the best conditions for the enterprises and investors. In parallel with the synchronous investment into infrastructure, the province will continue constructing many practical and effective polices to attract the investment and applying policies issued by the Central Government flexibly suitable with the existing conditions of the province. The province will also pay attention to implement successfully administration reform and improve the investment environment as well as increase the provincial competitive index (PCI) and prepare clean land fund for investors so that they can set the whole mind in production and business activities stably in the province.

Binh Phuoc has become the reliable investment place for many domestic and foreign enterprises and investors. “Come to Binh Phuoc to persuade your success”

The security and political conditions of Vietnam are most stable in the region and the world which are favorable conditions for the investors to set the whole mind in their investment, production and economic development activities.

Binh Phuoc province has a population of more than 921,411 people, among those 640,000 people are at working age which is the rich labor source for the industrial development and economic mechanism transition strategy of the province. In the province, there are currently about 21 vocational training centers with the training scale of from 4,500 -5,000labors/year in which 2,000 – 2,500 labors graduated from Universities, colleges, professional intermediate schools with high skills. In addition with the labor source trained outside the province which contributes to increase the trained labor quantity of Binh Phuoc province to approximate 120,000people/year.

Water system: there are many big water plants in Binh Phuoc province such as Dong Xoai water plant and water plants of Thac Mo, Phuoc Binh, Binh Long, Loc Ninh, Bu Dang with the capacity of from 6,000 – 20,000 m3/day… to meet the water demand for residential areas and industrial projects in industrial parks and complexes.

Insurance services have been developed strongly including such insurance companies as Bao Viet, Bao Minh, Prudential… Custom branch is also established at border gates and in parallel custom braches shall be established in industrial parks to meet the custom clearance demand of the enterprises. Besides, other services are also upgraded and become more professional in Binh Phuoc province.

Infrastructure systems in industrial parks and complexes have been completed to attract domestic and foreign investments. Binh Phuoc province has the temperate climate conditions and land favorable for agricultural production development especially for industrial trees with high economic values and productivity such as: rubber, cashew, pepper… Under the ground, there are many minerals such as Kaolin, boxit, puzolan, especially lime with high reserve (300 million tons) which is the material for cement plants with capacity of about 2 million tons/year.

Economic growth rate is high and stable with GDP growth rate of 12.33% for two year 2011 and 2012. In 2012, the state budget revenue reached VND 3,853 billion. Young, active, hardworking labor force to meet the production and business demands of the enterprises and investors.

Investors in Binh Phuoc province come from various nationalities and territories such as: Korean, Taiwanese, Australian, American, Japanese, Singapore, Brasile,… with current production and business projects are operated stably and created jobs for more than 7,000 labors inside and outside the province.

In position of one of the provinces with highest output of rubber latex and material cashew nationwide, this is the convenient condition for constructing industrial product production factories with the industrial production value in 2012 estimated of VND 20,143 billion. 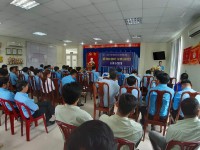 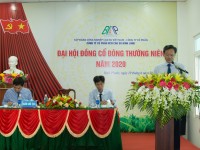 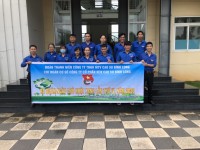 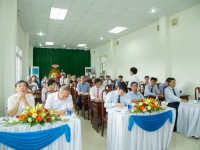 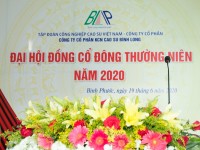 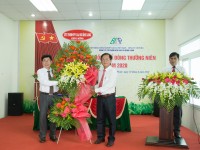 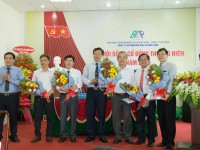 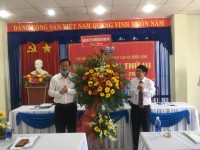 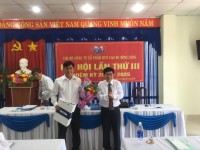 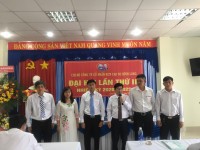 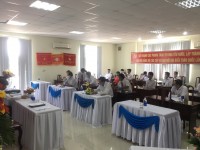 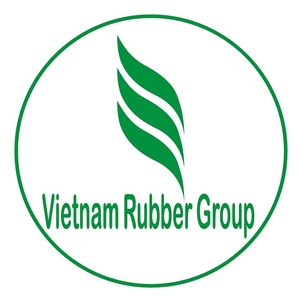 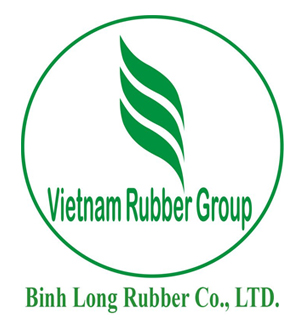